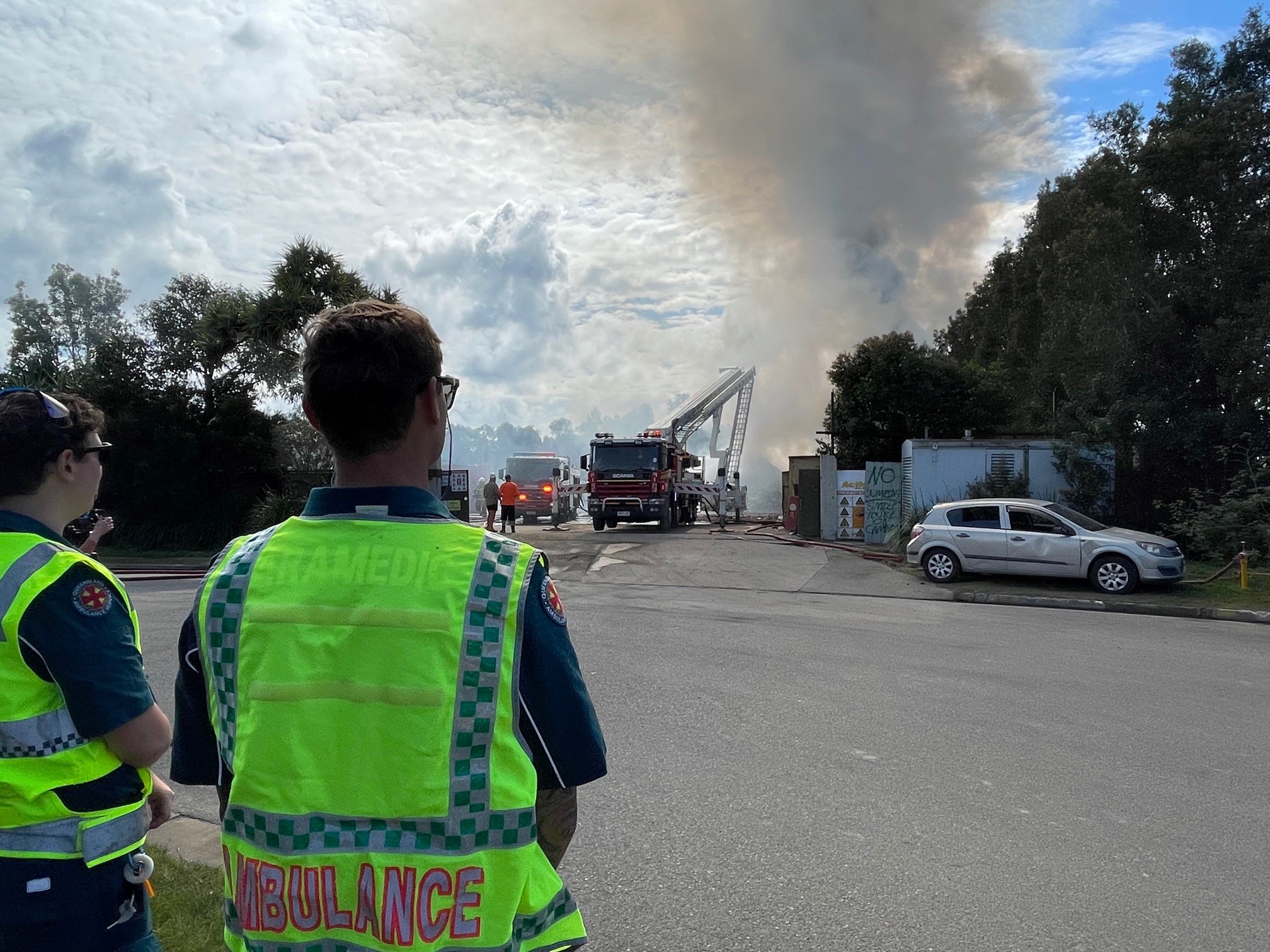 The fire is contained, and crews are removing debris and working to extinguish it.

One person has been assesed by paramedics for smoke inhalation.

A large amount of smoke may affect the surrounding area this afternoon and into the evening.

Residents are advised to close windows and doors and, if needed, keep their respiratory medications nearby.

Motorists are advised to drive with caution and to conditions.

Firefighters are battling a large blaze at an industrial site at Coolum Beach after reports of an explosion.

Nearby residents reported an explosion shortly before 11.30am from the Link Crescent/Junction Drive scrap metal yard site.

Three fire crews are at the scene, with three more en route, according to a QFES spokesperson, with smoke and flames billowing from the area.

Paramedics are on scene too, but there have been no reports of injuries. 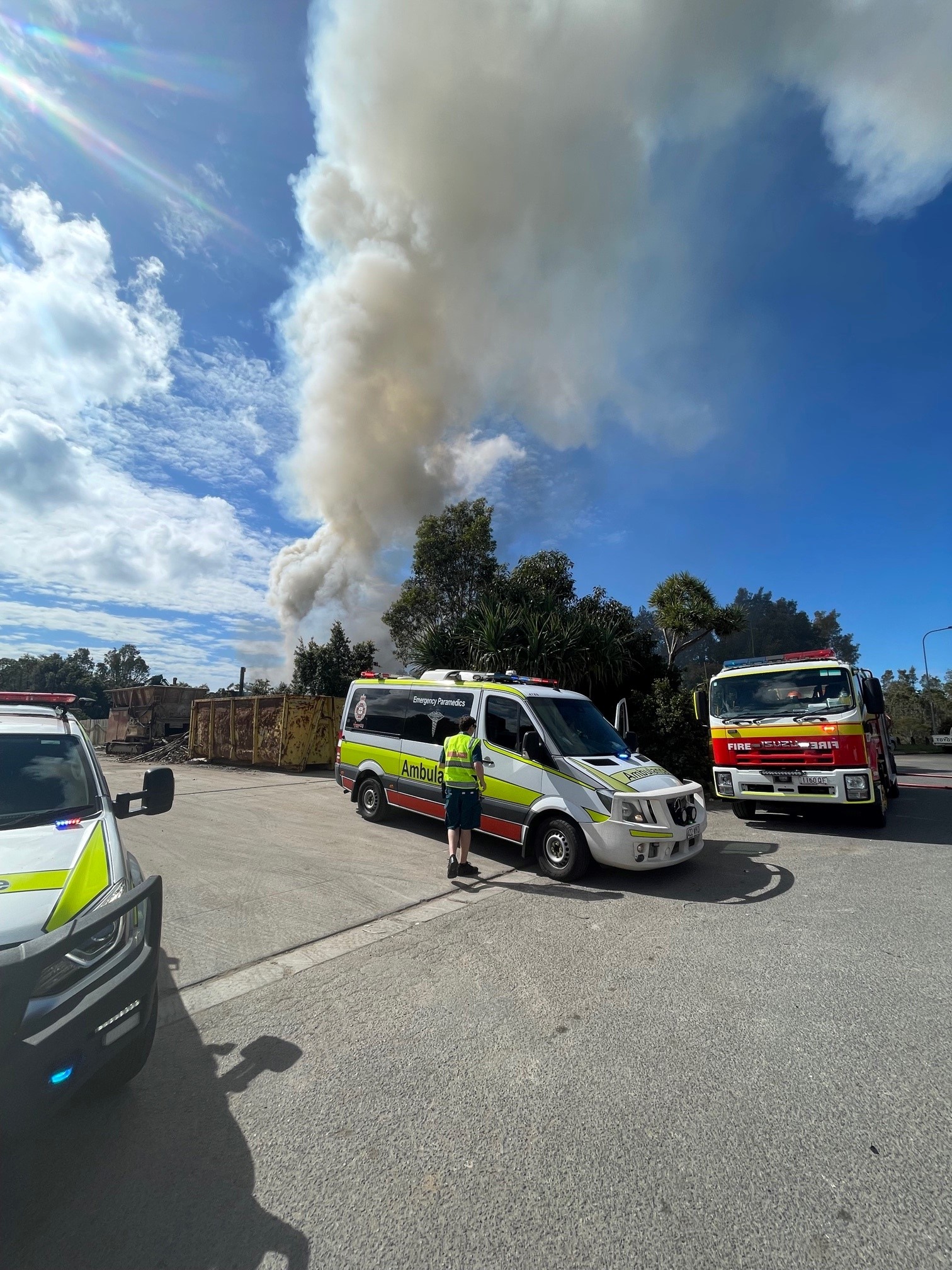 #Update - Paramedics remain on scene at a large fire on Link Crescent. One patient has been assessed for smoke inhalation. #CoolumBeach