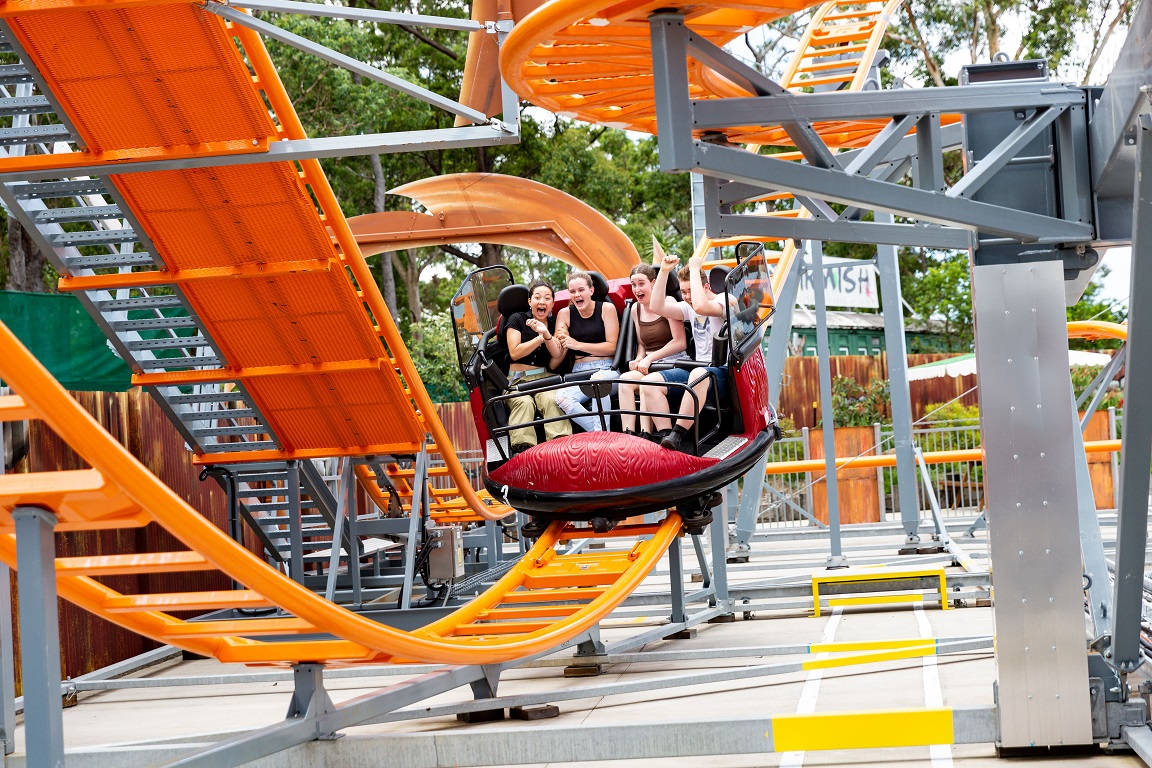 The Sunshine Coast’s first rollercoaster has taken off at Aussie World.

The Mad Max-themed spinning ride has hit the tracks in time for the winter school holidays.

“We are excited to invite today’s guests to be the first to ride the Dingo Racer while we prepare for the official opening with our industry partners on the 29th of June,” says Aussie World manager Shannon Fay.

“As the second new major attraction to open at Aussie World in the last year, the Dingo Racer is helping to expand our experiences and in turn, we expect it to attract a more diverse range of holidaymakers and locals.”

Dingo Racer is described as a family-friendly ride; however it is also considered a thrill ride due to its speed and the cars’ unique ability to spin while moving along the track.

“It’s certainly got a unique spin of its own, with the seven cars moving around the track while simultaneously spinning 360 degrees as it travels,” says Mr Shannon.

The ride will have a capacity of 960 people per hour, will seat four people per car, and is open to anyone over the height of 120cm.

It travels along the coaster track up to 14 metres in the air before twisting and turning along the track up to speeds of 72km/h.

The ride will be officially opened next week by Minister for Tourism Stirling Hinchcliffe.

Visit Sunshine Coast CEO Matt Stoeckel says the Dingo Racer is a great addition to Aussie World’s line up of rides and adds to the Sunshine Coast’s visitor appeal.

“New attractions like this provide another reason for visitors to come, stay and play on the Sunshine Coast.

“Aussie World is an iconic attraction of the Sunshine Coast for the past 27 years and the Dingo Racer adds to the theme park’s 27 rides and experiences already on offer.

“It really is a one-stop family friendly park for everyone and perfectly timed to open just in time for the school holidays,” says Mr Stoeckel.