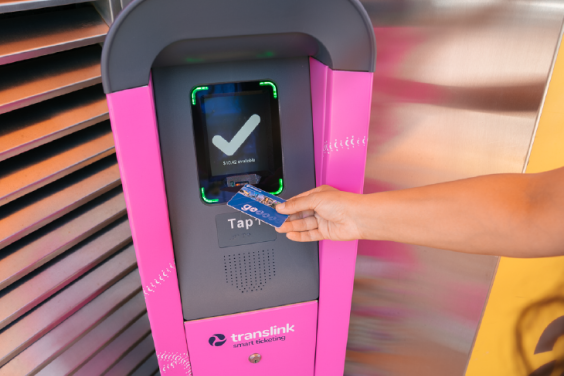 Paying for the bus with your credit card, go card or smart phone will soon be a reality, with public transport set to be streamlined across the state.

Ticketing changes will progressively be rolled out across our public transport system to streamline the fare structure as part of the 'Smart Ticketing' initiative.

Transport and Main Roads Minister Mark Bailey says in a first for many Queenslanders, this will allow them to use their credit, debit and go cards, or smart device, to pay for public transport.

“To ensure this integrates with the current system, we’re installing new readers across our train, bus and ferry fleet state-wide," Mr Bailey says.

“This will make it easier for people right around Queensland, from the Coast to the Cape, to understand transport fares and access public transport.”

He says right now, fares and zones differ across all regional areas.

"We want to introduce a more equitable zone structure across regional Queensland – similar to what is in place in South East Queensland," Mr Bailey says.

"Once the consistent fare and zone structure has been introduced to these regional areas, the progressive rollout of Smart Ticketing will be able to begin."

The Sunshine Coast Hinterland region will be one of the first cabs off the rank, with the phased implementation to kick off there from Monday July 4th.

Other regional areas, including Gympie and Kilcoy, will see changes introduced between September to January 2023.

"The journey planner, MyTranslink app, and contact centre are used extensively by SEQ customers, and I am pleased our regional customers will be able to access these tools," she says.

The changes mean the majority of regional urban bus trips will cost the same or less, with a single zone journey setting you back $2.40 for an adult, and $1.20 for concession. An extra charge of $0.60 for an adult and $0.30 for concession is then added for each extra zone travelled.

"I encourage every parent to check if the cost of bus travel to their child's school will be changing," he says.