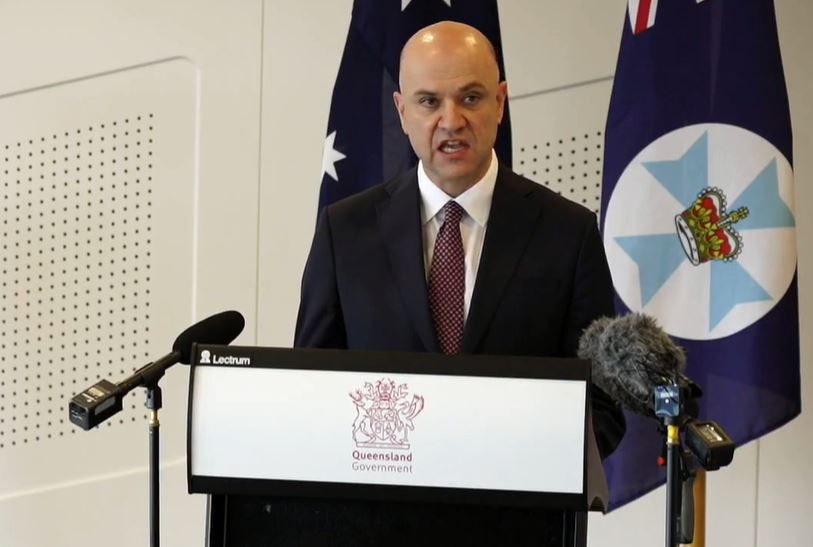 Queensland has recorded 23,630 new COVID-19 cases and sadly three more deaths as the peak of the Omicron wave is still two weeks away.

Two of the three people who died were in their 70s, and the other was in their 60s.

None were vaccinated, according to chief health officer Dr John Gerrard.

There are now 589 people in hospital, which includes 41 patients in intensive care, with 15 on ventilators.

The patients in intensive care is up from the 26 reported yesterday, which Dr Gerrard says is a steady increase.

Dr Gerrard says modelling suggests Queensland is about two weeks behind New South Wales, which is believed to have reached its peak in the Omicron wave of the virus.

He believes the Gold Coast will be the first region to peak.

“But different areas will be reaching their peak at different times in Queensland because we're a more decentralised state,” Dr Gerrard says.

"The most useful things to look at will be hospitalisation rates rather than the numbers of cases.

“We're looking at those closely every day. And it's when the hospitalisation rates start to steady.”

Health Minister Yvette D’Ath says almost 6 per cent of children aged between 5-11 have been vaccinated in just three days.

“We know that number is going to grow as our pharmacies and GPs are able to come online as they get the vaccine supply delivered to them,” she says.

"We have got 45,267 young people five to 11 booked in for appointments from today forward at state clinics.”

She says children aged 12-15 are not vaccinated at the same rate as the adult population, and urged parents of that cohort to get their children jabbed.

More than 88 per cent of eligible Queenslanders over 16 are double-dosed while 43,913 tests were conducted in the past 24 hours.

Yesterday, the national cabinet agreed to include more workers to be deemed essential and exempt from COVID-19 isolation rules to help ease the pressure on staff shortages and supply chains.

Premier Annastacia Palaszczuk says the list is essentially identical to the one she released two days prior with the exception of telecommunication and media and broadcast workers, which will be added to the Queensland list.