Elton John has COVID-19, postpones shows - Despite being vaccinated and boosted, Sir Elton John has contracted COVID-19 and is postponing two farewell concert dates in Dallas.
Alcott takes Australian of the Year mantle - Newly minted Australian of the Year Dylan Alcott has vowed to use his title to improve the lives of people living with disabilities.
Tame's fight 'for as long as it takes' - Grace Tame ensured her final hours as Australian of the Year were neither quiet or forgettable.
Head of Qld corruption watchdog resigns - Queensland Crime and Corruption Commission chairperson Alan MacSporran has resigned, saying his relationship with the watchdog's parliamentary oversig ...
Police call for witnesses after robbery at Beerwah - Police are calling for witnesses after a man robbed a Beerwah business last week. A man entered the Moroney Place business and forced a male employ ...
Nambour’s new 1.7ha 'green' park coming to fruition - Nambour has a new 1.7ha parkland area filled with shaded picnic areas to relax and a dog off-leash area for canines to discover. Sunshine Coast Cou ...
'Criminal actions' led to stuntman's death - A stuntman filming an underground poker game scene for a hip-hop song was shot dead with a sawn-off firearm that should never have been on set, a Bris ...
'Too complex, too early': Noosa short-stay laws start from February 1 - New laws seeking to manage loud aggressive behaviour such as &ldquo; excessively loud cheering, clapping or singing&rdquo; at Noosa short-s ...
Indigenous advocates welcome freed flag - Members of the Indigenous community and advocates have welcomed a historic deal transferring the Aboriginal flag to public use for the first time.
Potential rate rise to add to virus woes - Australian consumers and businesses, already hit by the rapid spread of the Omicron variant of COVID-19, now face the risk of an interest rate rise by ... 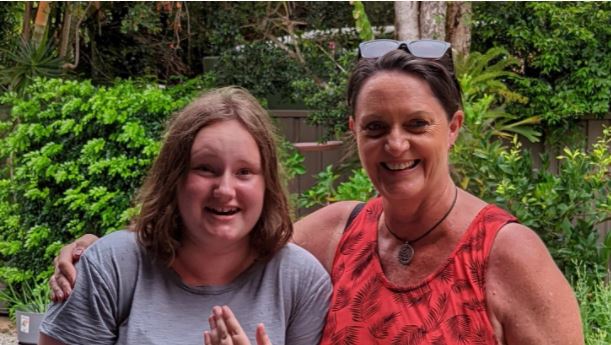 The search for missing teenage girl Krystal Cain continues as police describe the hellish conditions crews are facing as a "war zone" with the terrain proving difficult to navigate.

Emergency services are now searching an area with a radius of about 10km from where Krystal, 14, was last seen.

The searching is slow and incredibly difficult due to the terrain and damage from floodwater with roads ripped up, debris, submerged vehicles and waters in some areas 10m deep.

When floodwaters subsided on Monday afternoon, swiftwater teams were able to start swimming in still swollen creeks while patrols by horseback and all-terrain vehicles were deployed on the western side of Boonara Creek as it could not be accessed by foot.

“But we will continue to work through all available land and air strategies to try and help locate her,” he says.

“I understand many members of the community want to help the search and rescue effort and that is very admirable.

“But I cannot say strongly enough though, that this environment is incredibly dangerous and is only suitable for trained experts.”

“Please do not come out.”

Police and emergency services were initially called to reports of a 40-year-old man and 14-year-old girl caught in floodwaters near the Burnett Highway and Murgon Gayndah Roads at Booubyjan, in the early hours of Saturday morning.

It is believed the pair were in a Toyota Camry sedan and managed to get out of the vehicle before it was swept away.

The man was rescued after being found clinging to a tree and was taken to Bundaberg Hospital for treatment.

A GoFundMe page for the missing girl describes her as a "loving daughter, sister, granddaughter, niece and friend, with an incredible talent to sketch anime".

“She was swept away in a torrent of water whilst travelling to Agnes Water to see her grandparents,” the page says.

“Krystal is still missing and we hold hope that she is still alive somewhere.”