Qld records 9 COVID-19 deaths and 13,551 new cases as Omicron wave expected to peak in 7 days - Queensland has recorded 13,551 new cases of COVID-19 and nine deaths, with the Omicron peak expected to hit the south-east within seven days. 47 p ...
Elton John has COVID-19, postpones shows - Despite being vaccinated and boosted, Sir Elton John has contracted COVID-19 and is postponing two farewell concert dates in Dallas.
Alcott takes Australian of the Year mantle - Newly minted Australian of the Year Dylan Alcott has vowed to use his title to improve the lives of people living with disabilities.
Australia honours community champions - Australia's golden performance at last year's Tokyo Olympics has drawn a string of awards in the 2022 Australia Day honours.
Tame's fight 'for as long as it takes' - Grace Tame ensured her final hours as Australian of the Year were neither quiet or forgettable.
Head of Qld corruption watchdog resigns - Queensland Crime and Corruption Commission chairperson Alan MacSporran has resigned, saying his relationship with the watchdog's parliamentary oversig ...
Police call for witnesses after robbery at Beerwah - Police are calling for witnesses after a man robbed a Beerwah business last week. A man entered the Moroney Place business and forced a male employ ...
Nambour’s new 1.7ha 'green' park coming to fruition - Nambour has a new 1.7ha parkland area filled with shaded picnic areas to relax and a dog off-leash area for canines to discover. Sunshine Coast Cou ...
'Criminal actions' led to stuntman's death - A stuntman filming an underground poker game scene for a hip-hop song was shot dead with a sawn-off firearm that should never have been on set, a Bris ...
'Too complex, too early': Noosa short-stay laws start from February 1 - New laws seeking to manage loud aggressive behaviour such as &ldquo; excessively loud cheering, clapping or singing&rdquo; at Noosa short-s ... 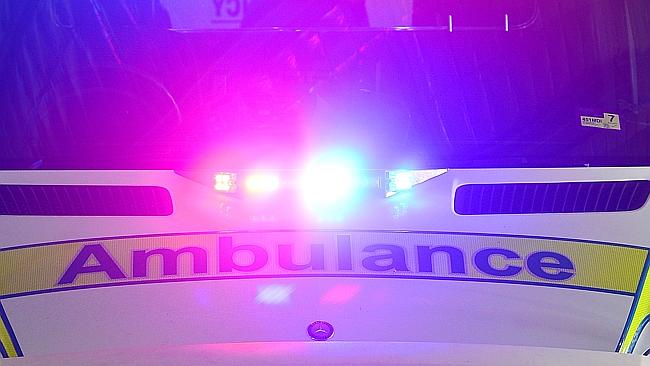 There has been a second serious crash involving teenagers on the Sunshine Coast in less than 7 hours.

Six teenagers have been transported to Sunshine Coast University Hospital with various injuries, after the car they were in flipped at Beerburrum.

The rollover happened at the corner of Glass House Woodford Road and Old Gympie Road at 10.23pm on Monday.

Paramedics assessed four girls and two boys at the scene, including one young woman with serious head injuries.

She was taken to SCUH in a serious condition, while the other five patients were transported in stable conditions.

One female suffered knee pain, another had an elbow injury and possible spinal injuries, a third was treated for a minor head laceration.

It comes after a 17-year-old boy suffered critical injuries in a crash at Meridian Plains yesterday afternoon.

Three teenage girls, including the 17-year-old driver were also hurt after their car hit a tree off Pierce Avenue around 4pm.

Police are investigating the crash.

Head to our local news website for more details on that incident.