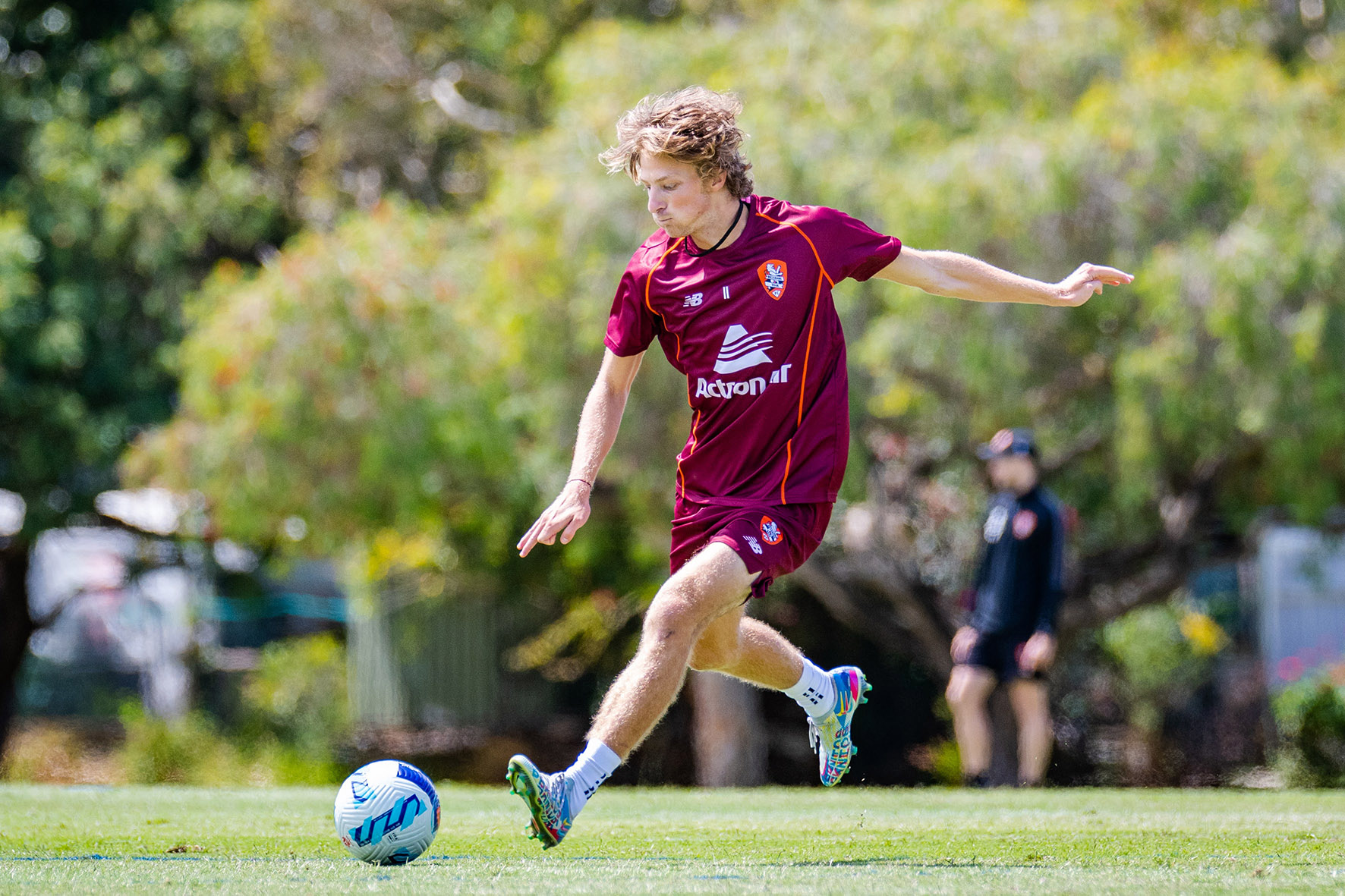 The talented 21-year-old winger is studying a Bachelor of Sport Studies program at the University of the Sunshine Coast and is a member of USC’s High Performance Student Athlete (HPSA) program.

Jez says he is “super excited” to have signed with the Roar for two years.

“After growing up going to games at Suncorp Stadium and watching the Roar play, it’s a cool feeling to be in the position those great players were in and I’m very keen for the season to begin,” Jez said.

He had a quick stint at the Sunshine Coast Fire before moving to Maroochydore FC for a season and then returning to the Fire.

In 2017, aged 16, Jez graduated to the National Premier Leagues Queensland with the Fire before switching to Olympic FC in 2018 where he won the league’s Young Player of the Year in his first season. Roar head coach Warren Moon said Jez was a skilful, exciting player who had fitted in well with the group during pre-season training.

“Jez has done very well at NPL level for a few years now and we look forward to helping him take this next step in his career,” Mr Moon said.

Jez said his USC Bachelor of Sports Studies helped him develop a greater understanding of an athlete’s life off the pitch and how to ensure his body and mind could work to its full potential.

“I’ve learnt about recovery and how to properly prepare for exercise while also learning about life after sport and potential fields of work I could enter after my career,” he said.

“I know the University and the Sunshine Coast community are very proud of his achievements and wish him the best representing the Roar in the A-League,” Prof Burkett said.

USC’s HPSA program is designed to help student athletes achieve excellence in both their sport and studies through tailored support.