Lockdowns thing of the past: Coatsworth - With parts of Australia now exceeding 90 per cent in single dose vaccinations, a former deputy chief medical officer believes COVID-19 lockdowns shoul ...
Melbourne to reunite with Vic regions - Melburnians will be able to enter regional Victoria before next weekend as part of further eased COVID-19 restrictions when the state hits its 80 per ...
Perrottet confident around school return - Dominic Perrottet says he's confident the return of students and teachers to schools throughout NSW will go well despite the potential for COVID-19 ou ...
Fatal crash, Morayfield - Forensic Crash Unit officers are investigating after a man has died in a crash in Morayfield overnight. Preliminary inquires indicate at 9.10pm two ...
COVID-19 transmitted in NSW bars and gyms - NSW has seen likely events of COVID-19 transmission in bars and gyms since the state opened up nearly two weeks ago.
Equities enjoy more gains, US dollar dips - A tech boost has helped tee global shares up for a third straight week of gains, despite growing inflation concerns, while the US dollar dipped and oi ...
Very dangerous thunderstorm forecast for Gympie, Noosa areas - A severe thunderstorm warning is in place for the Gympie, Scenic Rim and Noosa Council Areas. A spokesperson for the Bureau of Meteorology says as ...
Quarantine scrapped in Vic for travellers - Victoria is scrapping quarantine for fully vaccinated travellers arriving from overseas, bringing the state into line with NSW.
Woman murdered partner after 'dry runs' - A woman spent months planning the murder of her partner and made two attempts while planting a trail to make it appear he killed himself, a NSW court ...
Tornado halts Qld flights, damages airport - A tornado spawned by a supercell thunderstorm has damaged buildings at Brisbane's airport, and the wild Queensland's weather isn't over yet. 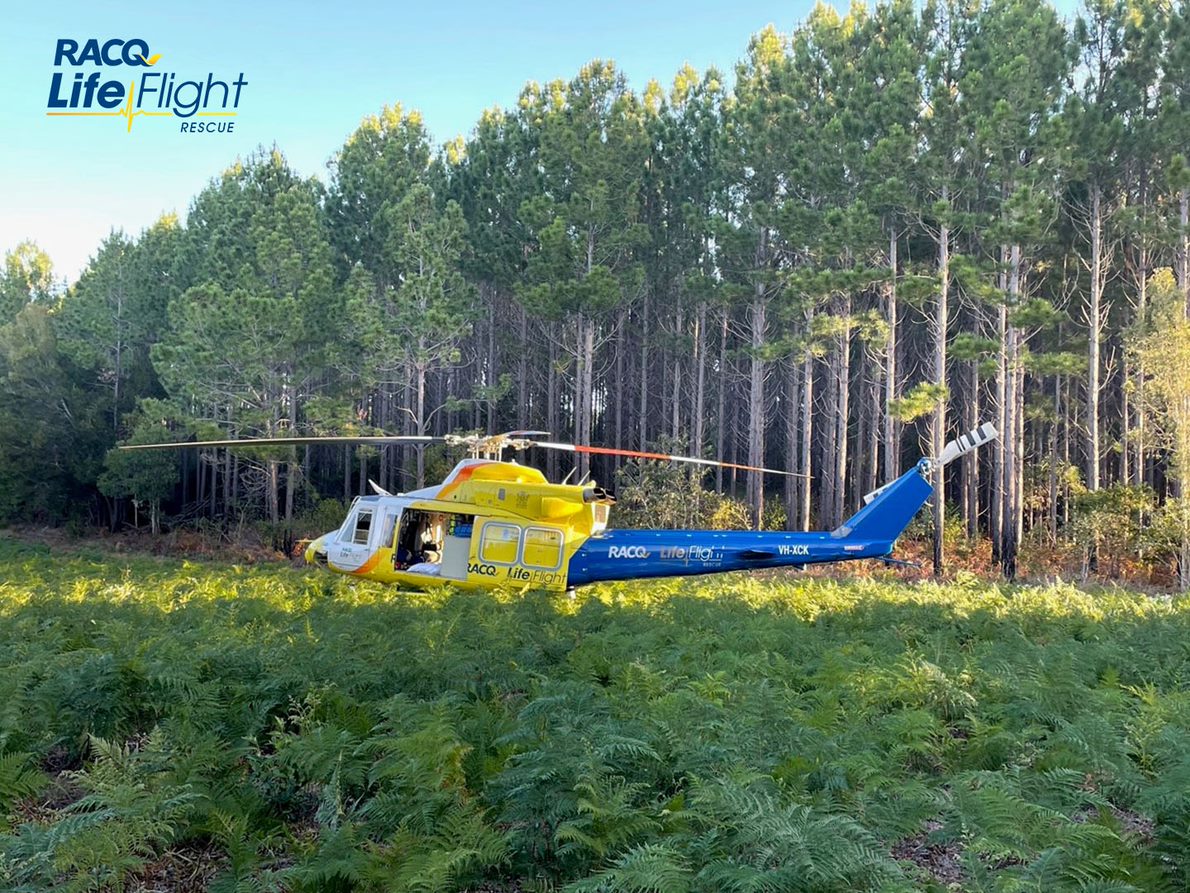 A dirt bike rider has been airlifted to hospital, after crashing into an embankment at a state forest, north of Gympie.

The man in his 30s suffered chest and shoulder injuries, after coming off his bike at Tuan Forest around 3pm yesterday.

His brother was forced to leave his side and ride off in search of mobile phone signal, in order to call for help.

The Bundaberg-based RACQ LifeFlight Rescue helicopter was called to the scene around 3.30pm.

It has since taken the patient to Hervey Bay Hospital for treatment.

A spokesperson says the man was in a stable condition.