Lucky essscape for carpet python after near miss with car 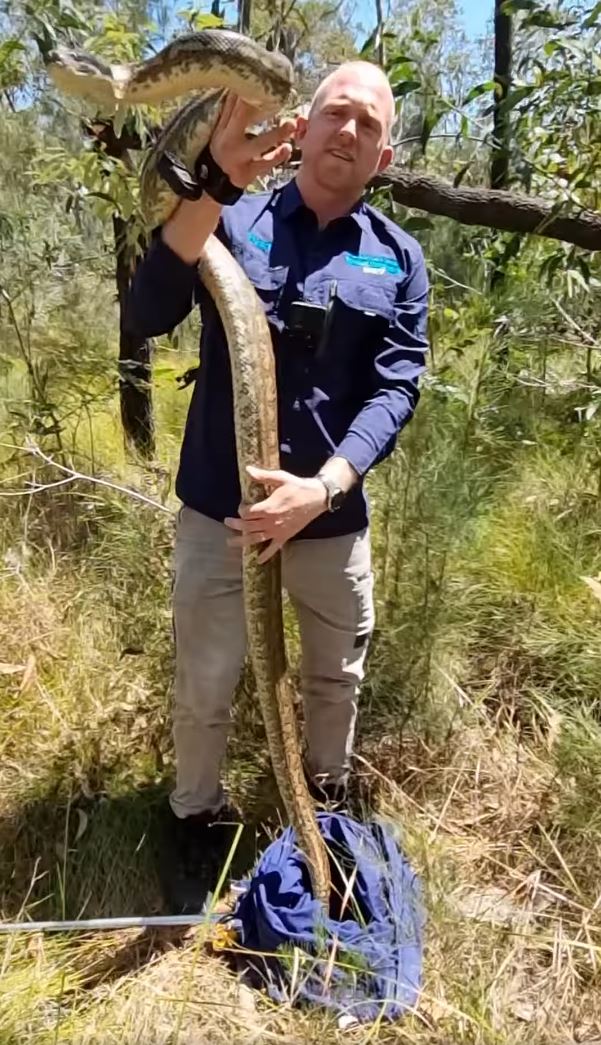 A massive carpet python - as thick as your arm and 2.8 metres long - has been released back into the wild just a day after getting run over.

The snake was struck at Caloundra West over the weekend despite another motorist spotting the snake and turning on their hazards.

Stuart McKenzie from Sunshine Coast Snake Catchers 24-7 has since posted a video of the incident.

Mr McKenzie says the snake was crossing the road near bushland when the incident happened.

"One of my colleagues he headed out, grabbed it, picked it up and we took it the wildlife hospital the next day," he says.

"Thankfully the scans came back all clear and the snake was all good.

"It was a fantastic result. Obviously pretty hard to watch the dash-cam footage but I wanted to to put that up so it hits a nerve with people and makes people keep an eye out when driving."