NSW beach crowds broken up, 11 new deaths - Large crowds have been broken up at popular Sydney beaches as NSW reported 1007 new COVID-19 cases and 11 deaths, including three undiagnosed people w ...
Pilot injured in plane crash on Fraser Island - A pilot has been injured after his light plane crashed on Fraser Island on Saturday morning. Emergency crews were called to Orchid Beach just befor ...
Aust to host 2022 regional energy summit - Australia will host a clean energy summit next year under the Quad umbrella and take a bigger role in the supply of critical minerals in the Indo-Paci ...
Don't call it Freedom Day: NSW premier - The reopening of NSW from next month should not be seen as "Freedom Day", the NSW premier has warned.
Marian Tubbs wins Sunshine Coast Art Prize for 'standout' artwork - Artist Marian Tubbs is this year&rsquo;s winner of the Sunshine Coast Art Prize and will collect $25,000 for her award-winning artwork The farm. ...
Treasurer makes economic case for net zero - Treasurer Josh Frydenberg has declared it is in Australia's interest to back global climate targets as he makes the economic case for a 2050 net zero ...
Sunshine Coast Business Awards 2021 finalists revealed - Many Sunshine Coast businesses are learning new skills, opening to new markets and preparing to thrive in a new COVID-19 environment. That's the as ...
Qlders told to wait for clarity on borders - Queenslanders have been told a complex mix of factors will determine if the state opens up in time for Christmas.
Mask rule changes for Queensland as state records zero cases - The mask mandate for southeast Queensland will continue but there are some changes. People will be able to remove their masks when sitting down at ...
Interstate nomads set up camp on Coast amidst ongoing border closures - Caravanners are extending their holidays in Queensland, as border closures and lockdowns continue in southern states. Cotton Tree Holiday Park mana ... 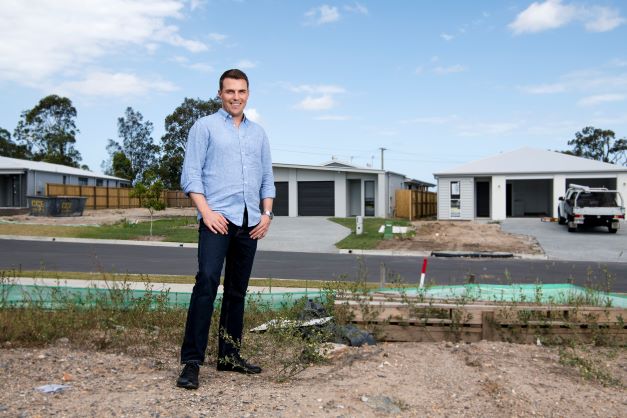 Low vacancy rates and high demand for property is proving to be a window of opportunity for investors on the Sunshine Coast.

With the 2032 Brisbane Games secured, all three levels of government will plan for infrastructure spending throughout the region during the next 11 years and that will create plenty of jobs.

Bulletproof Investing on the Sunshine Coast author James Fitzgerald believes investors can capitalise on this opportunity and advises people to look for land with high population growth and near key infrastructure.

The JLF Group managing director says his top three suburbs to invest on the Coast are: Birtinya, Caloundra and Palmview.

“All three suburbs are affordable and have a lot of demand for property from growing populations,” he says.

“They will also benefit from key infrastructure spending over the next five to ten years.”

All three suburbs have very low vacancy rates, well below the 3 per cent, which is considered to reflect a balanced market.

Mr Fitzgerald says Caloundra is an affordable suburb close to the beach, which will benefit from the proposed light rail extension.

“Plus, it is still considered close to Brisbane, so it is well placed for those who wish to continue working from home even once COVID lockdowns come to an end," he says.

Palmview offers buyers a tree-change lifestyle not far from the beach and with houses in Palmview achieving high rental yields, which make it an appealing investment location, Mr Fitzgerald says.

"It's great if you can get growth in the short term but you really need yo go into these things with a long-term perspective," he says.

"People are seeking a tree change. They're wanting a lifestyle that is becoming a much bigger priority in the wake of lockdowns."

Mr Fitzgerald believes Birtinya, the most expensive of the three suburbs, has a lot going for it including access to the beach, light rail, Sunshine Coast University Hospital and Sunshine Coast Stadium.

His top tip for those wishing to invest on the Sunshine Coast is - buy land.

“Land in fast growing areas is the safest and best-performing asset you can invest in,” he says.

“Land is in finite supply and as the population grows so too will the value of your land.”