NSW joins 'global pack' with new EV policy - Environmental and urban policy groups alike have praised the NSW government's plan to abolish stamp duty on electric vehicles and incentivise the adop ...
New local virus cases in NSW, Queensland - NSW has recorded three new locally acquired COVID-19 cases as some Sydneysiders were ordered to don masks indoors amid the city's growing outbreak.
Qld to take over Norfolk Island services - The Queensland government will add Norfolk Island to its tourism portfolio and take over service delivery to one of Australia's most far-flung communi ...
Greene boots four, reported in GWS win - Acting GWS captain Toby Greene kicked a monster 67-metre goal and got reported as the Giants condemned AFL battlers Carlton to a season-high 36-point ...
Two new NSW COVID cases as masks mandated - NSW has recorded two new locally acquired COVID-19 cases bringing the cluster linked to a shopping centre in the city's eastern suburbs to six.
Brisbane outlast North, into AFL top-four - It took a stern half-time address from milestone man Chris Fagan to inspire Brisbane to grind their way past North Melbourne and maintain their spot i ...
Selwood charged by AFL, free to play Lions - Geelong captain Joel Selwood is free to play in Thursday night's AFL blockbuster against Brisbane despite being charged with two offences by the match ...
Gray hurt as Port slam Suns in AFL - Robbie Gray's 250th AFL game lasted less than two quarters but by then Port Adelaide had already done enough as Gold Coast narrowly eclipsed their low ...
NSW man facing 80 drug charges after raid - A man has been charged with 80 offences as part of a police investigation into the supply of prohibited drugs in the NSW Hunter region.
NSW firefighting boosted with extra $270m - Firefighting infrastructure and equipment will receive an almost $270 million boost as part of the NSW government response to the state's independent ... 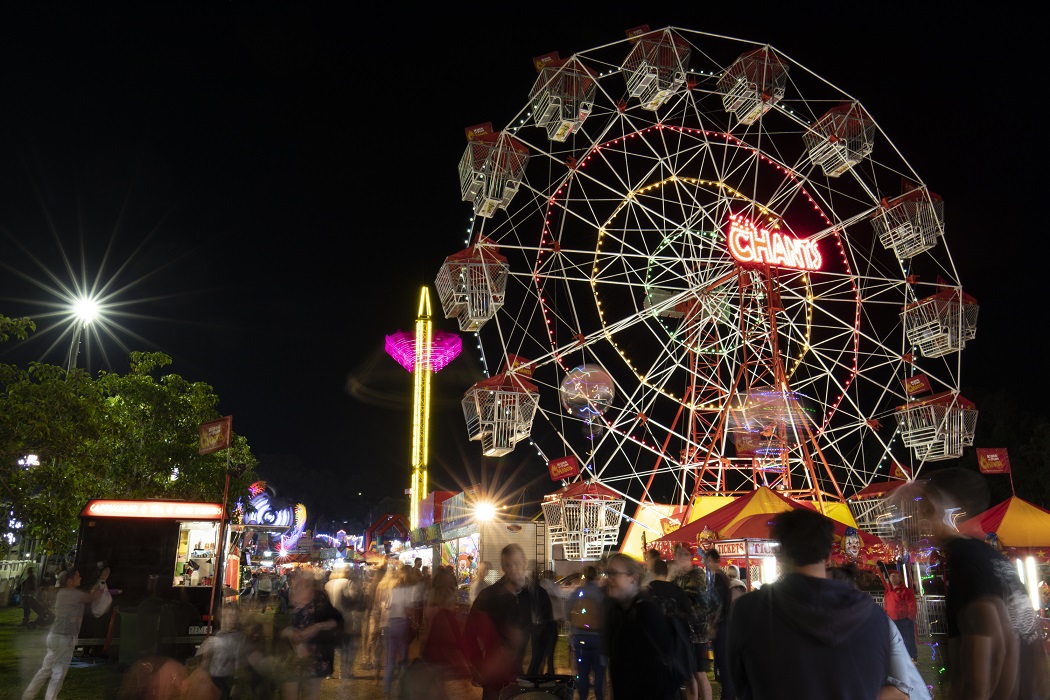 The Sunshine Agricultural Coast Show will go on.

The annual three day event kicks off at Nambour Showgrounds at 9am today, despite a COVID-19 scare on the southern end of the coast.

Mayor Mark Jamieson is encouraging locals to support the event.

"They have a COVIDSafe plan and people will be made aware of that as they enter the show, and I encourage people to go," Cr Jamieson says.

"We lost out on the show last year as a consequence of COVID.

"That obviously has a profound effect on that community, on the Show Society and their ability to stage the event year in and year out, all the agriculturalists who display and particularly the sideshow operators."

She's expecting a new Ferris wheel in particular, to be a major drawcard for visitors.

"It is the biggest Ferris wheel at the Sunshine Coast Show," Ms Walsh says.

"It has amazing lights and it looks fabulous but the beauty of our new Ferris wheel is the fact that people can now go into the Ferris wheel in a wheelchair.

Ms Walsh says on the back of not having a show last year, many shows across the country are struggling.

"We're a non-profit organisation, run by a very small band of people who put the show on year in, year out for the benefit of the community.

"It brings everybody together."