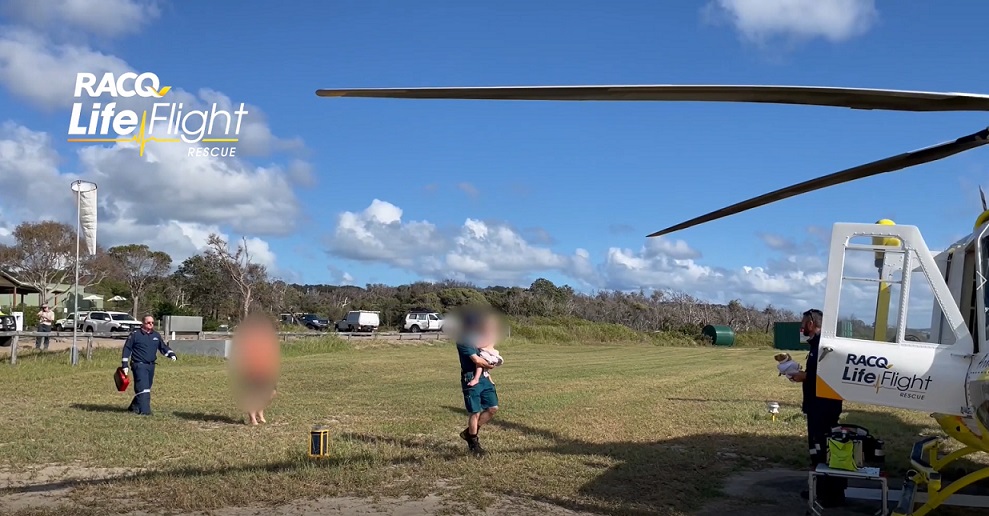 Witnesses to a dingo attack on Fraser Island are being urged to come forward.

A two-year-old boy was bitten at Orchid Beach around 7:30am on Saturday.

It's believed the child, holidaying with his family, had been playing outside a house when neighbours heard a commotion.

They reportedly went to investigate and saw a dingo attacking the toddler.

They intervened and emergency services were called in.

The toddler was airlifted to Bundaberg hospital in a stable condition with bite marks and puncture wounds to his left arm, left leg, neck, shoulder and head.

Queensland Parks and Wildlife Services rangers have interviewed some witnesses, however those first on the scene have not been located.

Rangers are seeking assistance from the first responders and any other witnesses, to help them better understand what happened and identify the dingo involved.

A QPWS spokesperson says any decisions about the management of the dingo will be made once a positive identification is confirmed, and in collaboration with key stakeholders including traditional owners, the Butchulla.