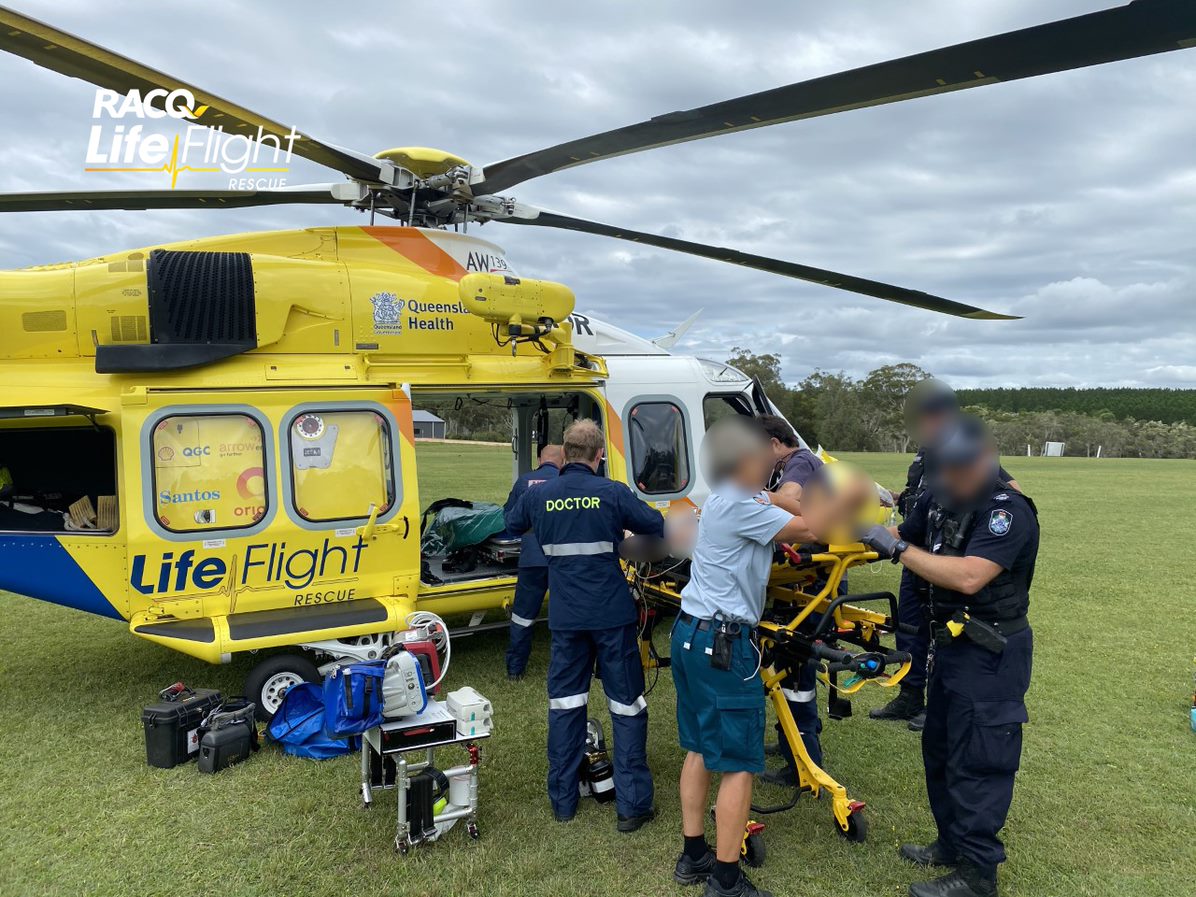 Two trail bike riders have been injured across the Sunshine and Cooloola Coast in separate incidents over the weekend.

A teenager lost control and crashed in a forest, west of Tin Can Bay, while while riding with friends around 10am yesterday.

It's believed his friends alerted emergency services and a 4WD Ambulance met them at the crash site.

Paramedics treated the boy for head and abdomen injuries, before transporting him to the waiting RACQ LifeFlight Rescue chopper, which then flew him to Sunshine Coast University Hospital in a critical condition.

It comes after a man in his 50s crashed on a dirt road on the Sunshine Coast on Saturday.

The Sunshine Coast-based helicopter airlifted the rider to the Royal Brisbane and Women's Hospital, with serious head and shoulder injuries.