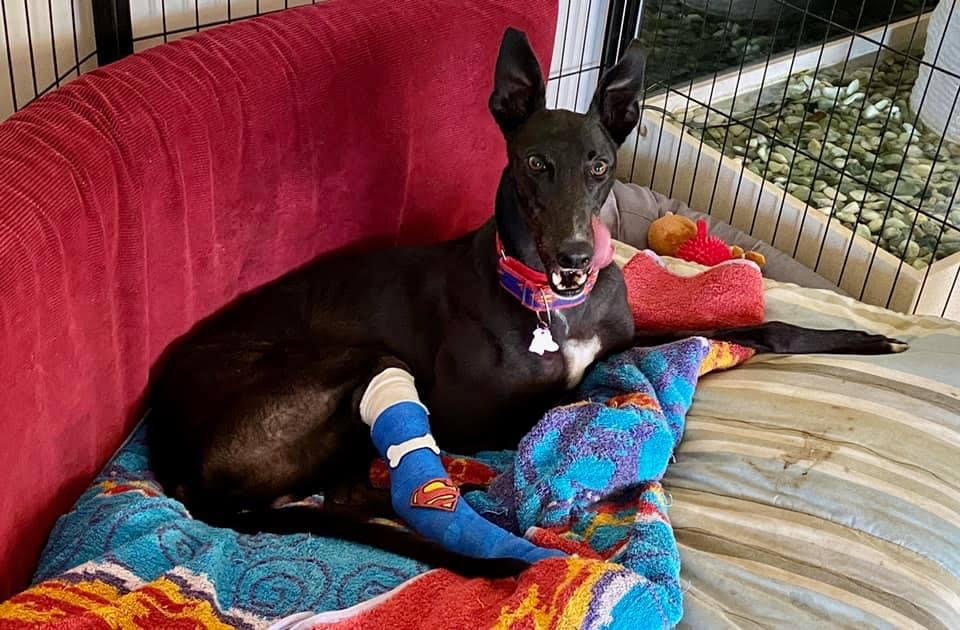 A massive search is underway for a special lost dog after the rescue greyhound bolted away from carers in Coolum during wild weather.

Still recovering from a broken ankle from his racing days, Boo has been missing from Blue Gum Court, since Saturday night.

Animal physiotherapist and carer Lynne Harrison says the black greyhound was surrendered to Friends of the Hounds after breaking his bones on the track and is still undergoing treatment.

"He does still have an ongoing infection, and he is actually receiving antibiotic care at the moment," Ms Harrison says.

"He had only just two weeks ago had the screws taken out because they were infected."

She says volunteers have been combing Coolum for the lost pooch, but sadly there has been no sighting of him.

The foster family has also organised a letterbox drop with 500 flyers as concerns for his health grow because he has been without antibiotics for four days. 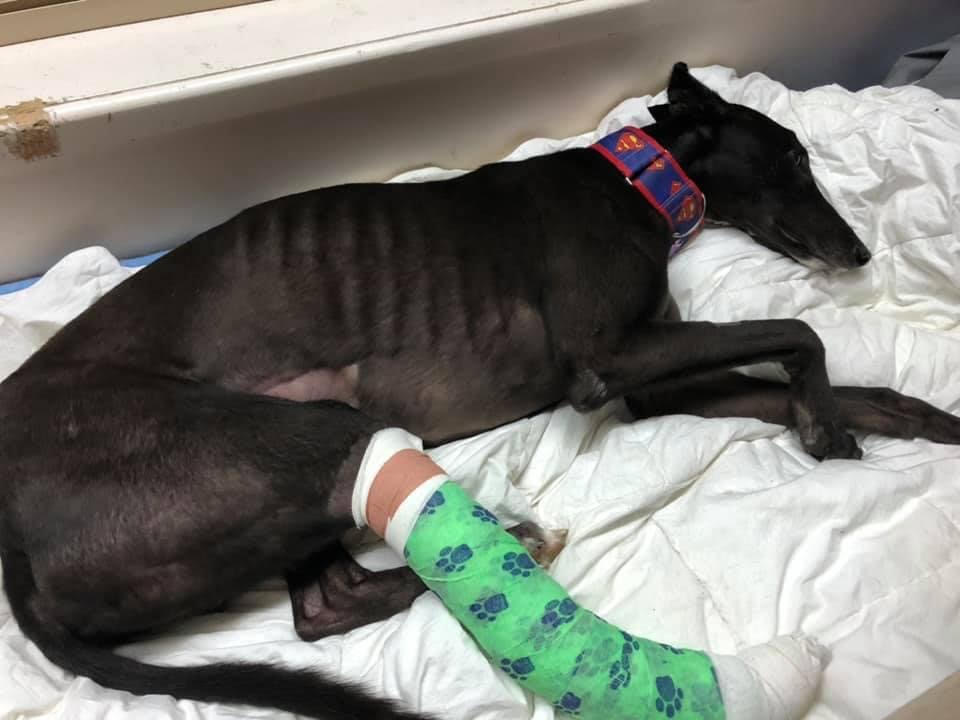 "He is probably quite skinny because he hasn't eaten in the last few days."

His carers describe him as a “gentle boy”, but he is terrified of men and generally timid.

"He has really big ears, so when his ears go up he is like a radar.

"His right ear tip is actually missing, and there is a star on the left side of his neck.

"He has a little white chest."