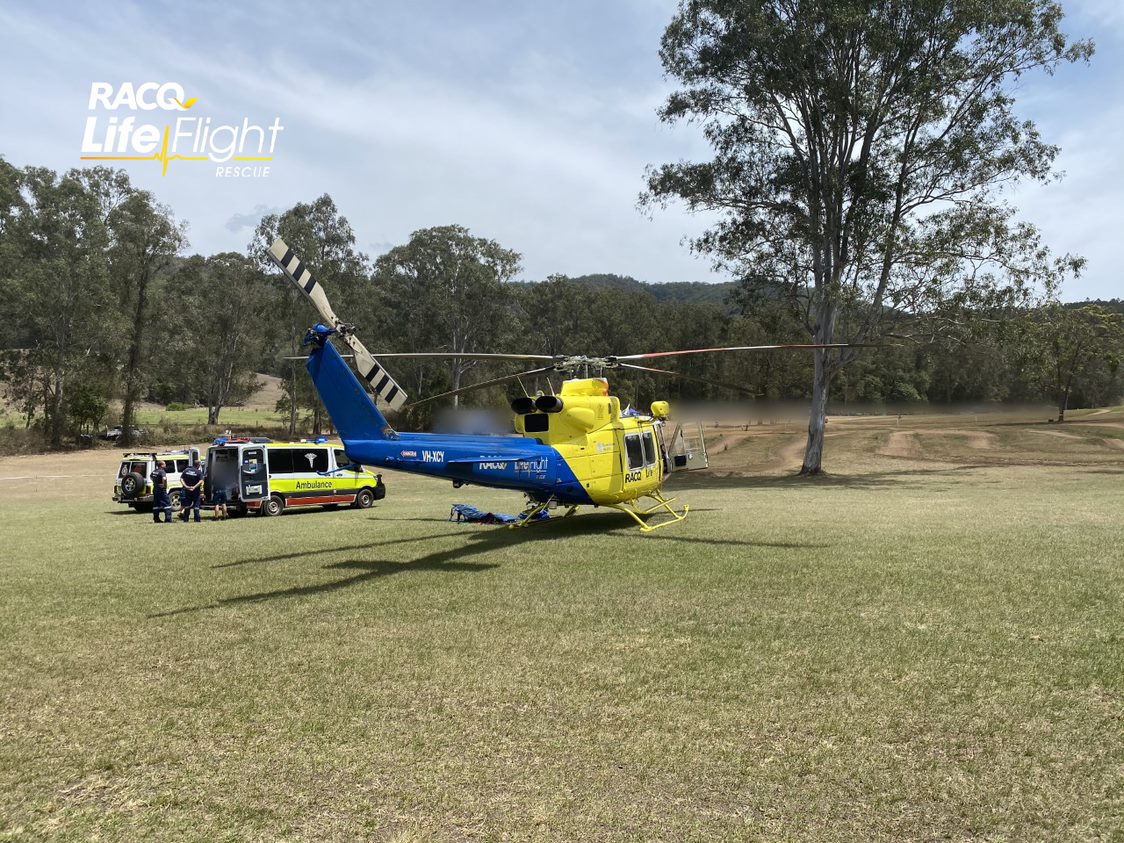 Two patients have been airlifted to hospital following separate crashes at a hinterland motocross track over the weekend.

The Sunshine Coast RACQ LifeFlight Rescue chopper flew to a Kenilworth motocross park just after 10:30am on Saturday Oct 17, after a rider, aged in his forties, crashed while attempting a jump.

He reportedly lost control and was flung over 10 metres, landing heavily on his side.

Queensland Ambulance Service paramedics were first on scene and treated the male rider, for chest and shoulder injuries.

He was then flown to Sunshine Coast University Hospital for treatment.

The following day, a male teenager crashed at the same track, shortly after 11am.

Paramedics worked alongside the aeromedical team to treat the young rider for chest and possible spinal injuries.

He was also airlifted to SCUH in a stable condition.