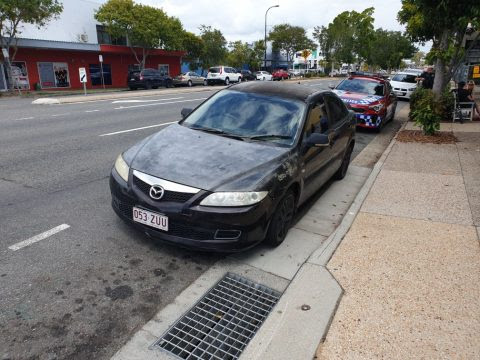 Police are investigating a shooting incident in Margate on Wednesday morning.

At around 11am, a man self-presented at Redcliffe Hospital with a serious wound where he is currently in a critical condition.

Investigations into the matter led to a crime scene being declared at a Dodds St address at around 1pm.

A 44-year-old man is currently assisting police with their inquiries into the matter.

Detectives are appealing for anyone who may recognise the vehicle pictured, described as a dark coloured Mazda, to make contact.

Police would also like to speak with anyone who may have observed a motorbike, which left Dodds Street around that time.