Rain eases but winds, surf batter NSW - The heavy rains which caused flooding and three evacuation orders on the NSW South Coast are easing but howling winds and damaging surf are battering ...
Vic death toll mounts as case numbers fall - Victoria has recorded Australia's deadliest day of the coronavirus pandemic with 19 deaths, as the state reported its lowest number of new cases in al ...
Woman wakes to find naked man in bedroom - A alarming incident for a Glass House Mountains woman, who awoke in the middle of the night to find a naked man sitting on the end of her bed. Poli ...
Appeal for witnesses following serious crash, Maroochydore - Police are appealing for witnesses to a serious traffic crash at Maroochydore in July. Between 1.30am and 2.30am on Sunday, July 19, a black CBR RA ...
Bellamy backs Sunshine Coast NRL team - Melbourne Storm coach Craig Bellamy believes the Sunshine Coast could have its own NRL team in the future. The Storm was forced to relocate to the ...
Plover shot with arrow, Woodford - Four plover chicks have been left motherless, after the bird was shot with an arrow. The RSPCA received a call from a member of the public on Augus ...
Update: Serious traffic crash, Imbil - A man has died following a traffic crash at Imbil on August 6. Around 7.45pm, a Toyota Camry travelling west on Yabba Creek Road left the road and ...
NRL set to consider bigger COVID sanctions - The NRL will consider heavier sanctions for players and officials who breach the bubble, with Peter V'landys warning they are putting all Queensland t ...
NT man fined for leaving quarantine early - A man with just one day of mandatory quarantine to go in the Northern Territory has been hit with a $5000 fine after he was caught trying to sneak out ...
Qld prisoner allegedly bit officer's hand - A prison officer will have to undergo blood tests after a prisoner lunged and bit him at a correctional facility in far north Queensland. 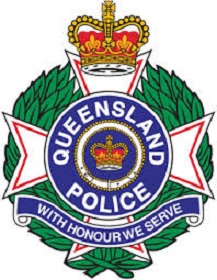 Police are investigating after a woman sustained a stab wound to the neck in Redcliffe on Monday night.

It will be alleged around 6.25pm a 17-year-old girl attended an address on Reedy Street and confronted one of the occupants of the home, a 20-year-old woman who is known to her.

An altercation occurred between the pair where the girl allegedly produced a knife a stabbed the woman.

The girl then fled the scene and the 20-year-old woman was transported by witnesses to Redcliffe Hospital with a life-threatening wound to her neck.

Police arrested a 17-year-old Blackwater girl a short time later as she received treatment in hospital for an injury to her hand.

She has been charged with acts intended to cause grievous bodily harm. Investigations are continuing.