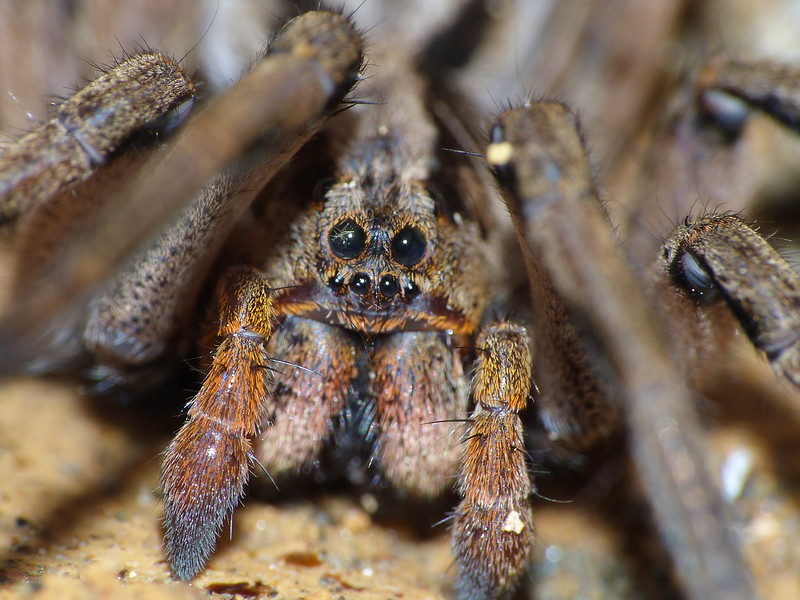 The world’s biggest collection of arachnid venoms will be used to help find pesticides that don’t harm bees, in new research at USC Australia.

Dr Volker Herzig, who began work at USC this month, was last year awarded an Australian Research Council Future Fellowship valued at $755,000 to protect crops by finding toxins that target destructive pests such as caterpillars. 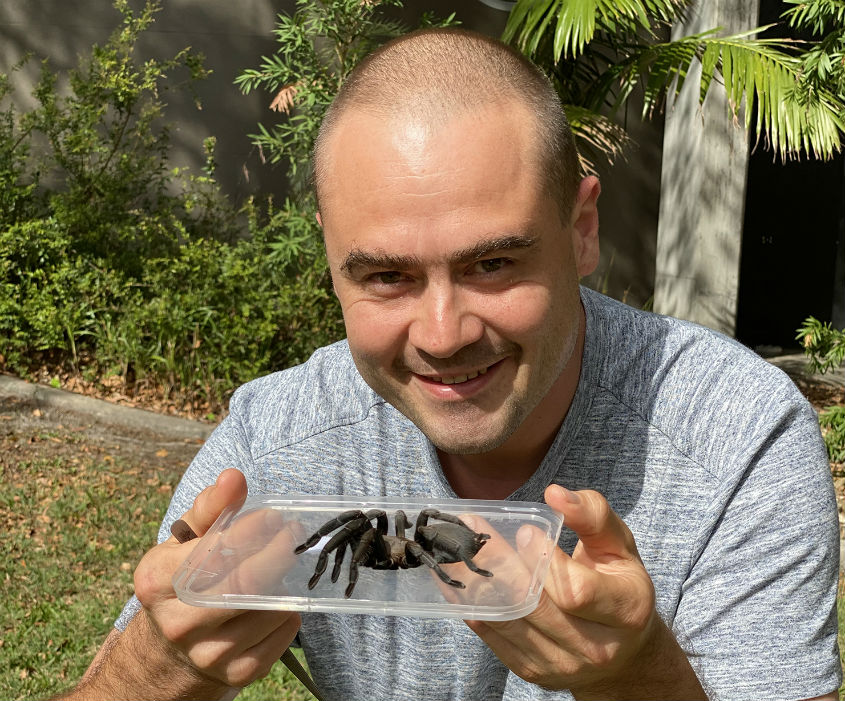 “Caterpillars are a big problem in agriculture, as they can consume a lot of plant matter in a short period of time” Dr Herzig said.

The goal will be to find and isolate the toxin that has a desired effect such as paralysis or death in caterpillars that eat the crops, while not affecting the bees that pollinate them.

Dr Herzig, a lifelong spider enthusiast, was awarded the fellowship while working at The University of Queensland. He plans to base his USC research laboratory at either the Sunshine Coast or Moreton Bay campuses, while employing research students and teaching various classes.

“The challenge will be to find the toxin that targets specific pest insects, because there are over a million different species in the world, but also to protect bees which are so important for food production,” he said.

“You can get more than 3,000 peptides from a single funnel-web spider venom, so it’s a super complex task. If you are lucky, you have a few microlitres of the venom, and each toxin is available in only microgram amounts, so you are looking for just one of these molecules in a very small venom sample.”

To do this, he will draw on global collaborators and his collection of more than 700 different venoms from arachnids (including spiders and scorpions), which is the largest venom collection in the world. He has left a back-up collection with his former group leader Professor Glenn King at the Institute for Molecular Bioscience at  UQ, with whom he still collaborates closely.

“Commercial suppliers offer only about 20 percent of the arachnid venoms in my collection, which means that unless you are keen to milk those spiders and scorpions yourself, 80 per-cent of these venoms you can only obtain from our collection” Dr Herzig said.

He’s personally milked an estimated 5,000 spiders and 1,500 scorpions in his life, holding their fangs (in case of spiders) or stingers (in case of scorpions) carefully over a vial and using weak electrical stimulations to encourage secretion, and has never once been bitten or stung, even when he began collecting spiders as a teenager.

“You get a feeling for how they behave, and when is a good time to interact with them, and you develop good reflexes,” Dr Herzig said.

“When I was 14, I got my first pet tarantula and eventually I had dozens of spiders in various terrariums in my room. I had a pretty big collection, but I couldn’t bring any of my spiders to Australia.”

Dr Herzig’s previous work has included using spider venoms to identify opportunities for human therapeutics and molecular research tools, and in 2016 his work using a spider toxin to understand the mechanisms of mechanical pain perception was published scientific journal Nature.

“We were bringing our dogs up every second or third weekend to walk them on the beach, so we’ve always wanted to move a big closer to the Coast, and we spend a lot of time at Bribie Island too,” he said.

When he sets up his laboratory, his team’s research projects will include targeting the small hive beetle and varroa mites, which are both important parasites of honeybees, finding orally active compounds that affect caterpillars, and tailoring a specific spider toxin to kill varroa mites while not harming the bees.