Health experts to greet flights from China - A Brisbane man has been cleared of the deadly coronavirus as health professionals prepare to greet passengers arriving into Sydney from the epicentre ...
Barty worried over Australia, not Open win - Ever humble, Ashleigh Barty claimed she was more concerned about the country's bushfire crisis than winning the Australian Open after sweeping into th ...
Climate scientists' push not to be ignored - An Australian scientist whose pioneering study more than 30 years ago predicted the bushfire crisis has joined two experts to urge the federal governm ...
VIDEO | Connie The Platypus Returned To The Wild By Rescuer - Senior Constable Craig Hughes with little Connie. Image Credit: Australia Zoo Wildlife Warriors Connie the Platypus, who was rescued by a Policema ...
Saudis deny hacking Amazon founder's phone - Saudi Arabia says a media report that the kingdom is behind the hacking of Amazon.com Inc founder Jeff Bezos' phone is "absurd.
First full day of Trump impeachment trial - A rancorous dispute over rules has marked the first full day of President Donald Trump's impeachment trial.
Keep politics out of sport: De Castella - Australian marathon great Rob De Castella has accused the Morrison government of prioritising "self-preservation" over the needs of grassroo ...
Emergency Crews At Scene Of Crash, Caloundra - Three people are being assessed by Paramedics after they were involved in a crash in Caloundra. The two-vehicle accident happened on Caloundra Road ...
Company In Charge Of Noosa Street Upgrade Enters Liquidation - Artist&rsquo;s impression of the Rufous Street Community House. Image Supplied Noosa Council remains committed to delivering the $5.2 million ...
Toyota and Honda in major vehicle recall - Two different air bag glitches have forced Toyota and Honda to recall more than six million vehicles worldwide, the car companies say. 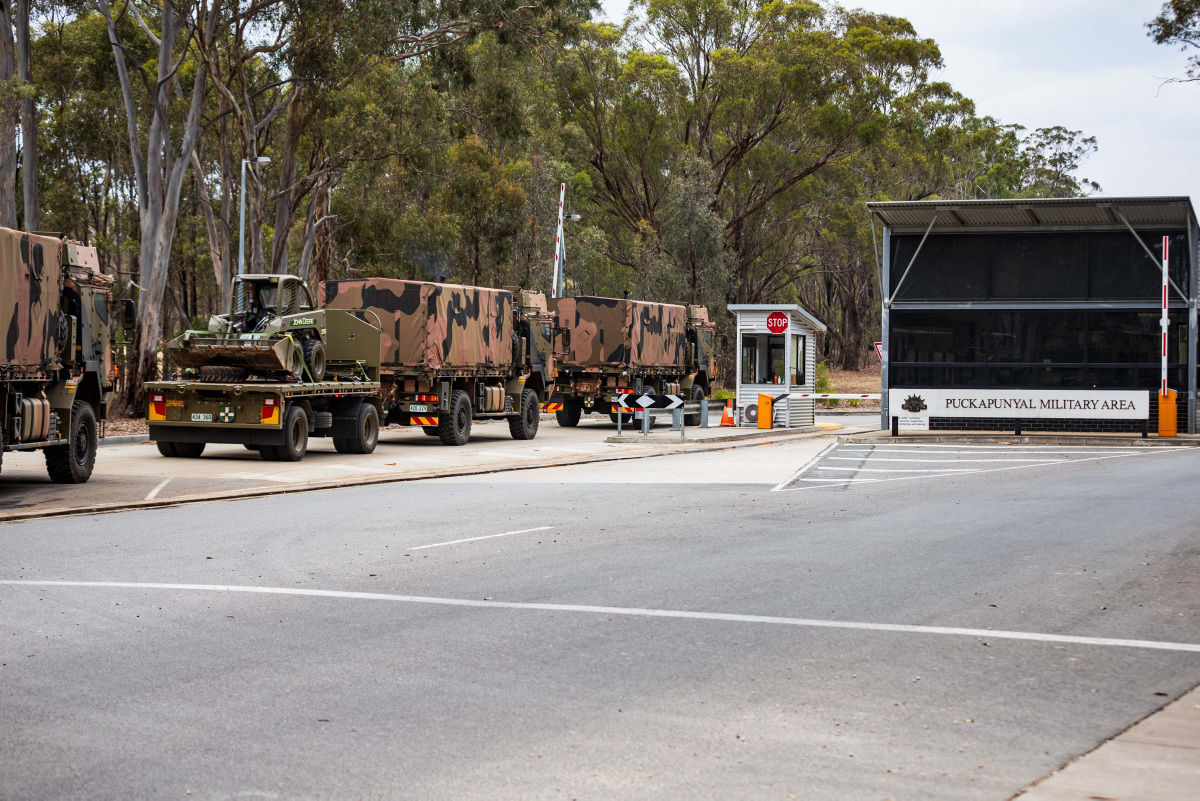 Over 6,000 full time and reserve personnel are providing support in the field, at sea, in the air, and from Defence bases across fire affected regions. 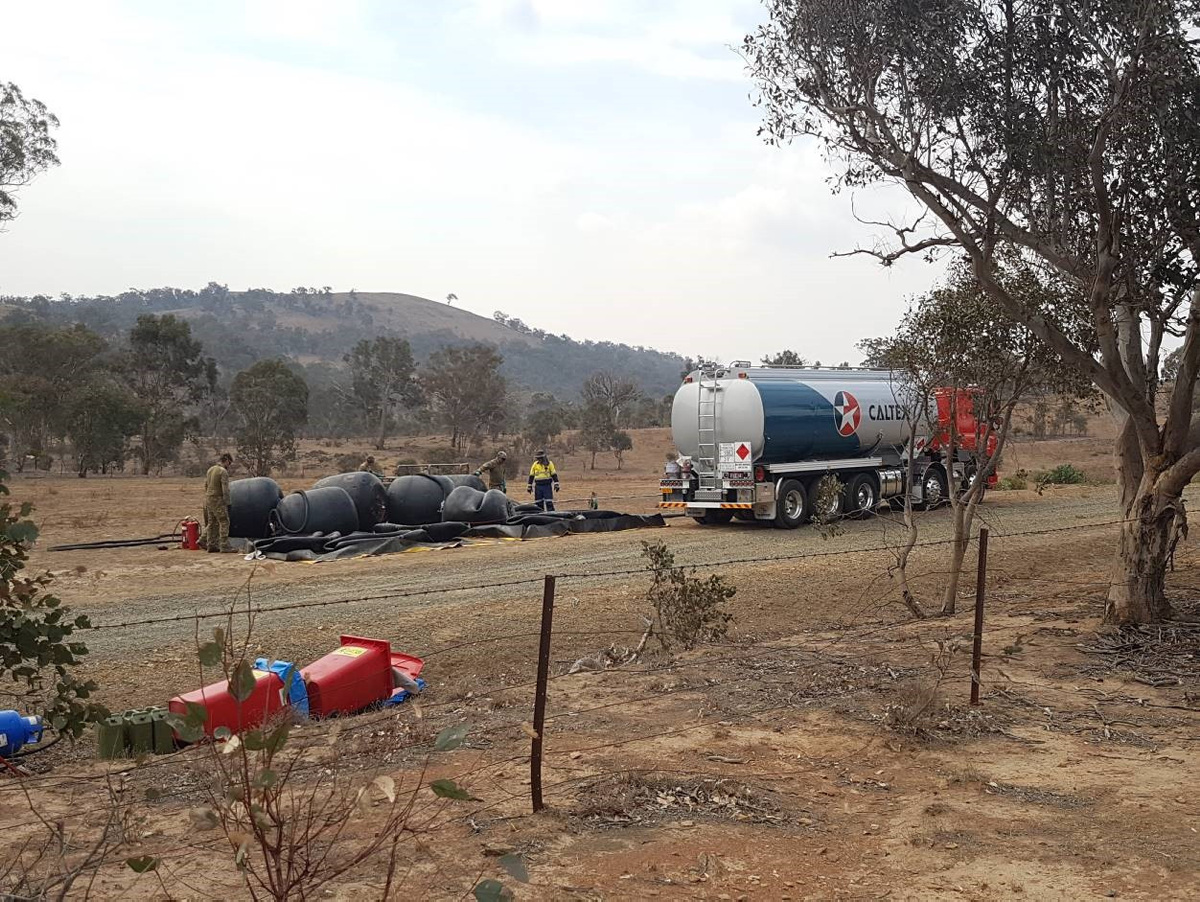 ADF personnel have been working with state and territory authorities since September 2019 in response to Australia’s bushfire crisis. This support will continue for as long as needed. 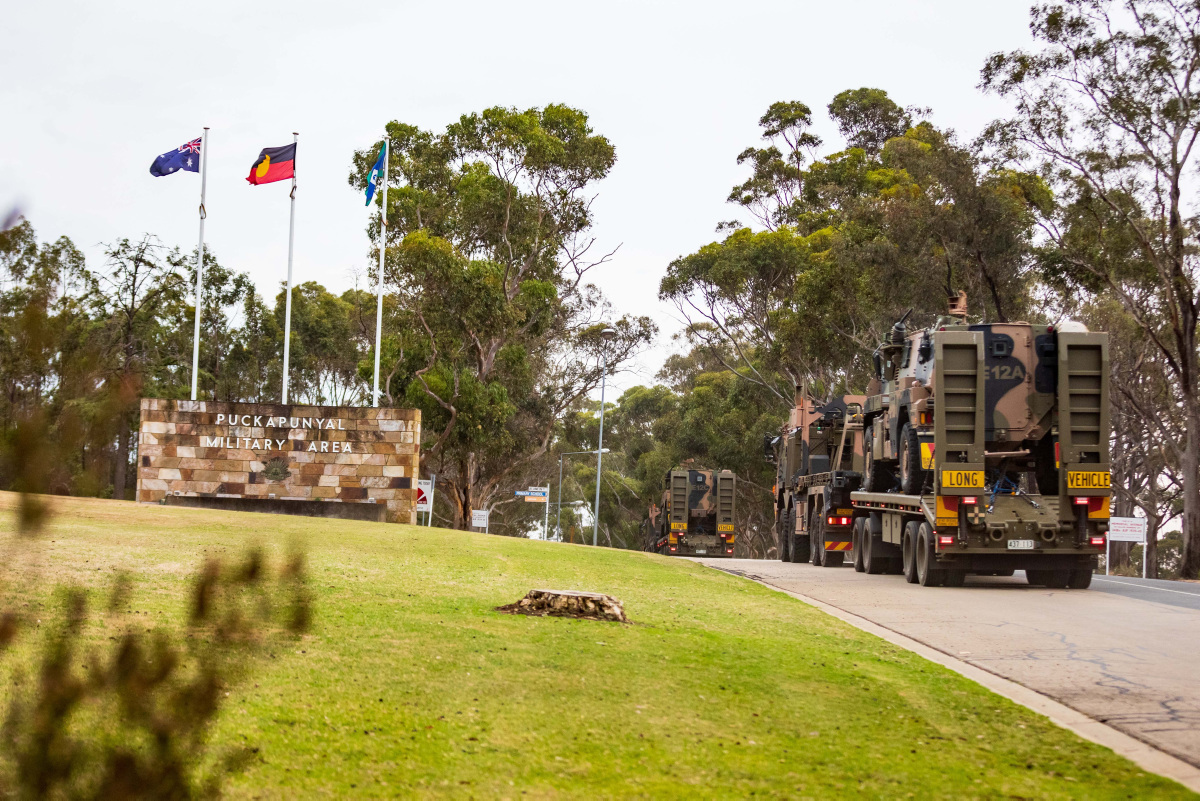 WHERE ARMY PERSONNEL ARE LOCATED:

· MV Sycamore has completed a transfer of personnel from Sydney to HMAS Choules off Mallacoota. 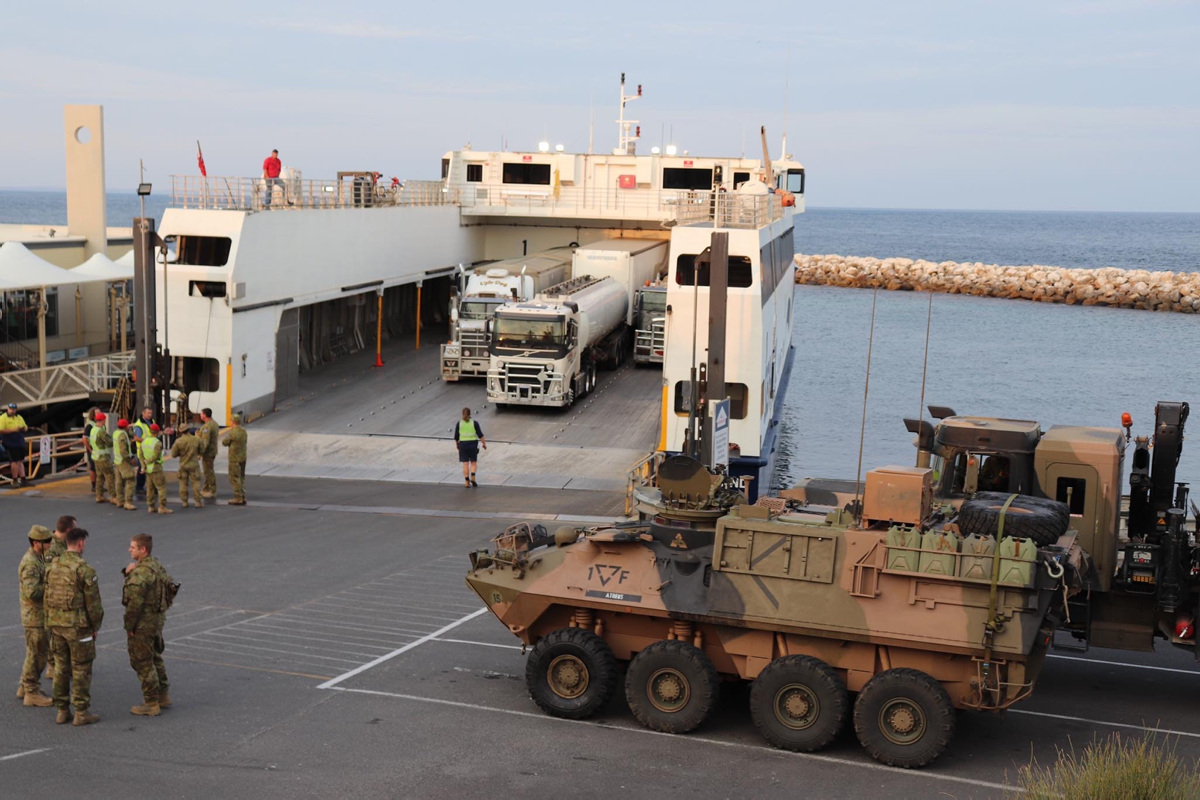 Reservists attached to C Company and 1st Military Police Battalion assisting with movements of assets to Kangaroo Island, SA including the loading of armoured vehicles on the ferry from Cape Jervis in support of Op Bushfire Assist.  Image Credit: Department of Defence

· ADF teams are on standby to assist in the disposal of deceased livestock at the request of local authorities.

· Teams continue route clearance and assessment through coastal and alpine areas, with the main effort focused on the Princes Highway.

· ADF presence in Mallacoota continues, along with support activities in the region.

· Two Australian and two Singaporean CH-47 Chinook helicopters are operating from RAAF Base East Sale to provide support to firefighting operations and humanitarian assistance to remote and isolated communities.

· Air traffic controllers are providing a flight information service at the Bairnsdale Airport to support local authorities to manage the high volume of air traffic currently utilising the airport.

· A P-8A Poseidon aircraft is regularly conducting reconnaissance flights over fire-affected areas, and the following aircraft are conducting support flights: · UAS Support. A Small Unmanned Aerial System (SUAS) (Wasp) is based at RAAF base East Sale to conduct ISR operations in support of JTF646.

· Mobility operations. Engineering personnel and equipment have been made available to supplement state capabilities in clearing and reopening roads in fire affected areas of Victoria. Other tasks include removing debris from public areas and clearing fire breaks and fire trails.

· Damage Assessments. Support is being provided to the Victorian state authorities to undertake rapid damage assessments in regional Victoria. The ADF is enhancing search and rescue assessment capacity with additional vehicles and drivers. 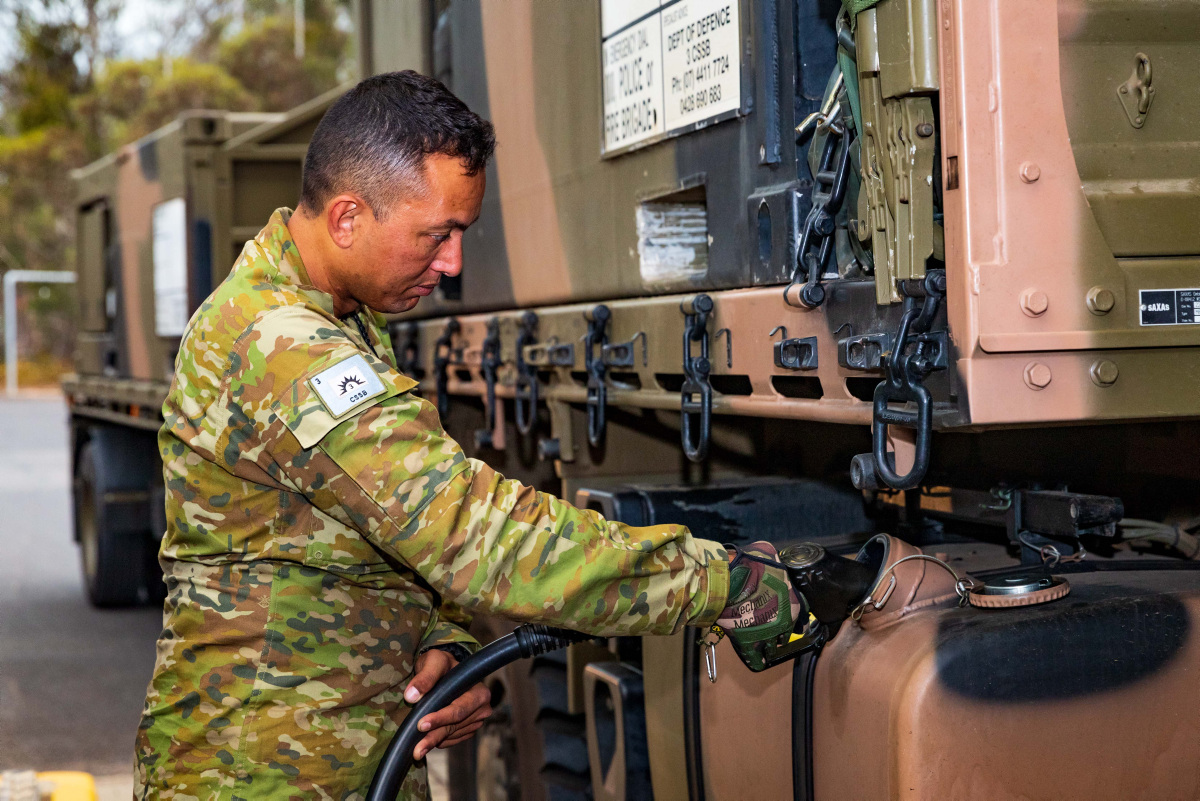 · HMAS Adelaide will operate in the vicinity of Eden and disembark engineer elements to support route clearance tasks for Joint Task Force 1110.

· Two EC135 helicopters have conducted fire mapping to support the Rural Fire Service near the Australian Capital Territory. This will continue today (16 January).

· Route clearance of the Monaro Highway south of Bombala will continue and is expected to be complete today (16 January).

· Water resupply continues with a stock water drop of 60,000 litres to Gilmore (near Tumut), bulk water resupply in the area of Belowra and 1,000 litre distribution to Nimmitabel. 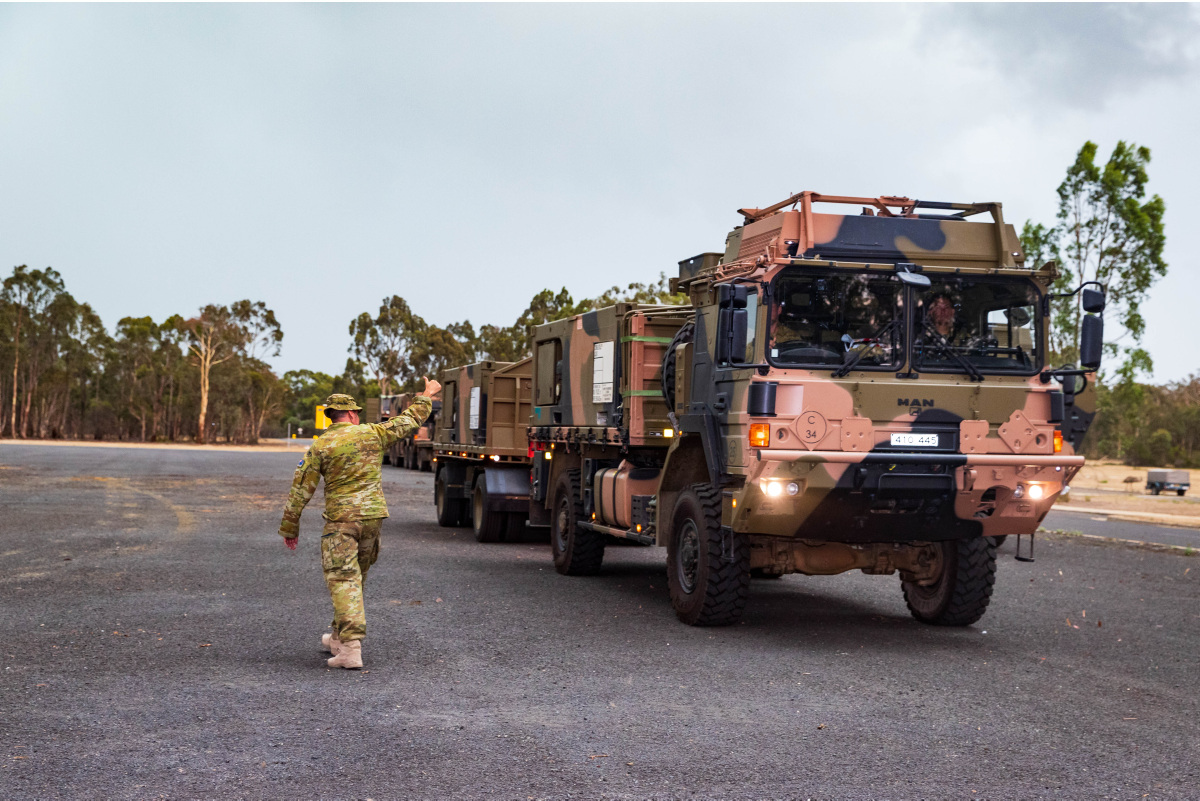 · Defence is delivering catering support to Bega, with more than 350 meals being provided daily. Fodder is also being delivered in the area.

· ADF teams are providing support to the Department of Human Services recovery centres.

· HMAS Adelaide continues operation in the vicinity of Jervis Bay with additional force elements taken aboard. The Landing Helicopter Dock is ready to support operations with New Zealand NH-90 helicopters.

· Engineer task groups are providing support throughout the state, including heavy plant work at the Bondo Forest and Eden Woodchip Mill and construction of a 70km long firebreak in Bondo State Forest.

· Accommodation and meals are being provided on HMAS Albatross.

· Recovery operations. The ADF is providing personnel and equipment to undertake initial recovery tasks as identified and assessed by NSW Government based on advice from specialist ADF advisors. These tasks are in Tamworth, Wollondilly, Nowra, Mudgee, Maitland and Wingecarribee.

· NSW Police has assigned Assistant Commissioner Michael Willing APM to JTF 1110 to strengthen communication and coordination with the ADF.

· Health and Pastoral Support. Army has established a role one medical facility to Holsworthy Barracks and is providing pastoral care to support Joint Task Force operations.

• Kangaroo Island: ADF teams clearance of tracks under power lines to allow access for SA Power maintenance fleet to re-establish power to the southern half of Kangaroo Island.

• The New Zealand Defence Force (NZDF) Water Treatment Facility has been established in Vivonne Bay, providing up to 12,000 litres of fresh water in cooperation with SA Water. NZDF engineers supported repair tasks in the area.

• Water Purification at Kingscote has so far generated 1,600,000L of Water.

• An Australian Army catering detachment, helping to feed of the influx of personnel conducting support tasks on the island

· ADF teams are assisting with repairs to farms and infrastructure, roadside maintenance, clearing fallen trees and transporting up to 20000 litres of water for local farms and livestock in the Adelaide Hills.

· Soldiers and chaplains have been supporting vulnerable or at-risk members of the community, including farmers and vineyard owners.

· ADF personnel are helping with property clean-up for residents near Cudlee Creek (around Adelaide).

· There are three Joint Task Forces co-ordinating the ADF’s effort:

o JTF 646 Victoria: Based on Army’s 4th Brigade, with support elements from across the ADF. RAAF Base East Sale is the central hub for the Defence response in southern areas.

o JTF 1110 New South Wales and the Australian Capital Territory: Based on Army’s 5th Brigade, with support elements from across the ADF. Holsworthy Barracks is the central hub for the Defence response across NSW and the ACT.

· Call Out of Reserves for this bushfire crisis has been authorised by the Governor-General, as part of the wider call up of the ADF.

· The Call Out is focused on 1st, 3rd, 6th, 7th and 17th Brigades and Reservists from the 2nd Division, specifically the 4th, 5th and 9th Brigades, who are forming the basis of the three Joint Task Forces.

· The Call Out will involve up to 3,000 Reservists and commenced progressively from 5 January 2020.

· Defence is facilitating the transport of additional fire retardant from the United States using our own air lift capacity, with assistance from international partners.

· The Government of Japan is providing two C-130 Hercules aircraft and associated personnel. The Japan Self-Defense Force aircraft are expected to arrive today (16 January) and will be based at RAAF Base Richmond.

· Defence has accepted the Republic of Fiji’s offer to provide a platoon of engineers, who will work alongside Australian Defence Force personnel operating out of East Gippsland.

· The New Zealand Defence Force and the Singapore Armed Forces are providing support through military assets and personnel.

o 100 light engineers from the Papua New Guinea Defence Force will integrate into JTF 646 once deployment checks are complete.

· Although appreciative of additional offers from our partners, the ADF does not require further assistance at this stage.

The following bases are prepared to provide accommodation to evacuees if needed:

· RAAF Base Richmond is providing airbase access and support for Large Air Tanker and spotter aircraft.

· HMAS Albatross is providing accommodation and meals for RFS personnel.

· Marrangaroo Training Area has area has been made available for RFS operations.

· HMAS Harman has a reception centre available for evacuees, and will provide emergency accommodation as required.